April and May, 2002 images courtesy of Carter & Burgess, Inc. of Nevada. 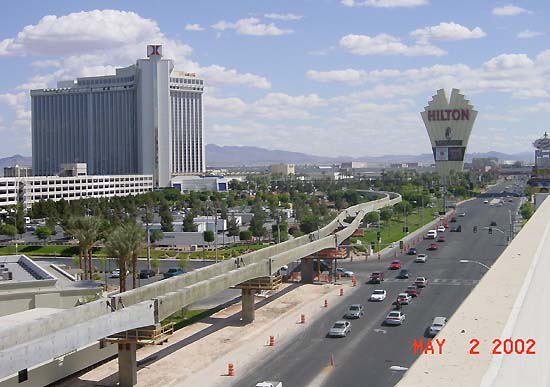 10 new beams between the Sahara and Hilton were lifted into place this week. 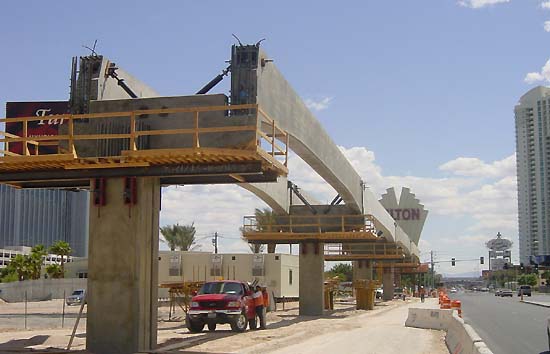 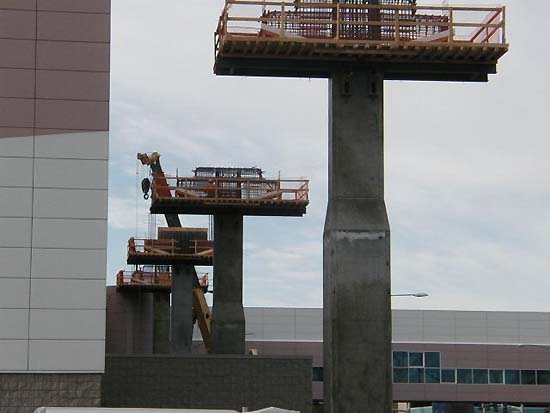 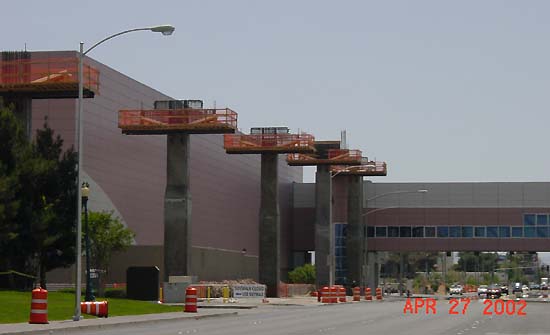 This will be the highest portion of the trip as trains will cross over a pedestrian bridge.