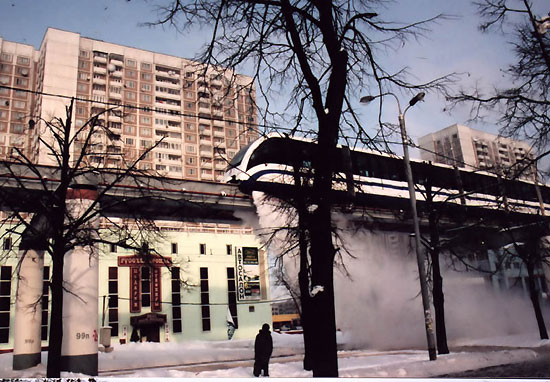 Yes, monorails DO operate in snow. On January 5, 2004, these images were captured of the Moscow Monorail literally blowing snow off the tracks while on a test run. PLEASE NOTE: SNOW WILL NOT BLAST OFF THE TRACK WITH EVERY TRAIN PASSING! In most cases, this sort of event would take place early in the day with the first runs. As TMS member and monorail promoter extraordinaire Dick Falkenbury has pointed out many times, running a system's trains frequently will keep snow from building up on the tracks. So don't expect to get pummeled with snow every time a monorail train passes. However, providing that the system is designed like this, what you can expect is higher reliability of service compared to most ground-based transportation systems. 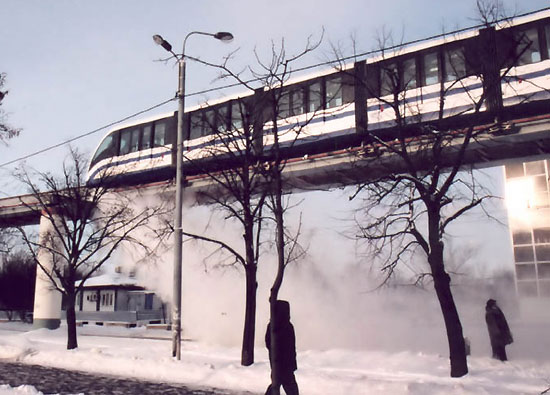 What about cold? This test took place while temperatures in Moscow were at -12 Celcius. Yeow, so that's why they wear big fur hats! 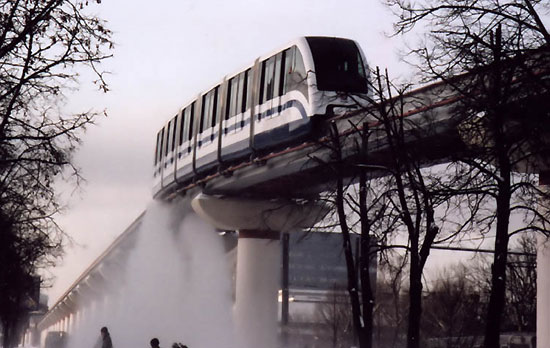 The Moscow Monorail is built for the harsh weather, heating elements are included in the guideway to prevent ice from building up. 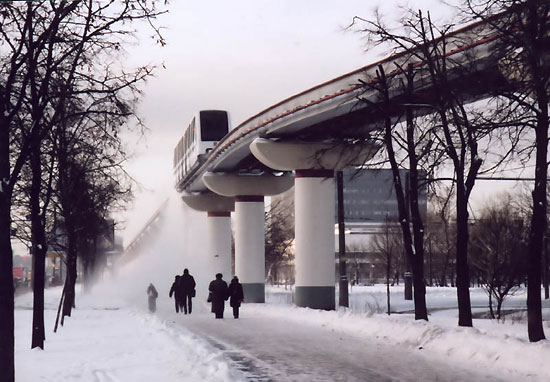