Photos by Kim Pedersen except where noted

Since 1995, a new city has been rising in the rural countryside of Malaysia. Named after Malaysia's first Prime Minister, the late Tunku Abdul Rahman Putra Al-Haj, Putrajaya covers over 11,320 acres. Designated the Intelligent Garden City, more than 70% of Putrajaya is devoted to landscaping and water. City buildings, many of which are government adminstration for Malaysia, feature spectacular architecture. 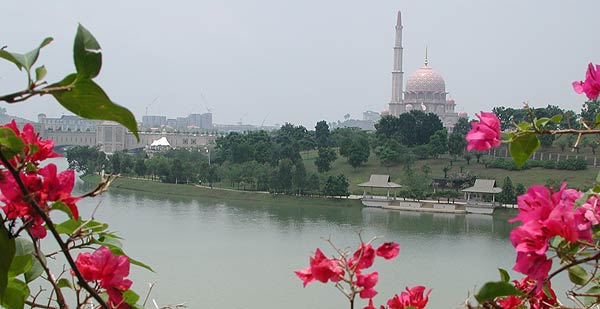 This view shows the Putrajaya Mosque, as well as a unique bridge that approaches it from the central city. 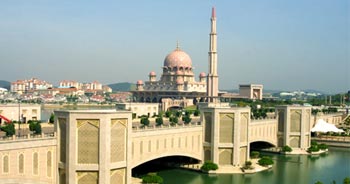 (photo courtesy of Asia Web Direct)
The bridge carries automobile traffic on its upper deck, and below a hidden deck was included for citywide light rail system. After the success of Malaysia's home-built Kuala Lumpur Monorail, officials decided that monorail would be better suited for the modern city. 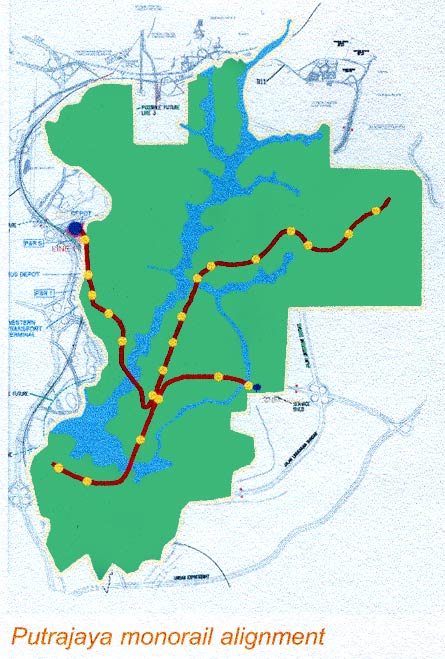 This map of the city's monorail alignment was provided by MTrans, the company that is building the Putrajaya Monorail. The second station below the Depot (blue dot) is the inter-modal station where passengers can transfer between high speed rail to the international airport or Kuala Lumpur, taxis or busses. The straight northeast-southwest line is the central corridor of the city. That corridor already has subway tunnels built for the monorail. 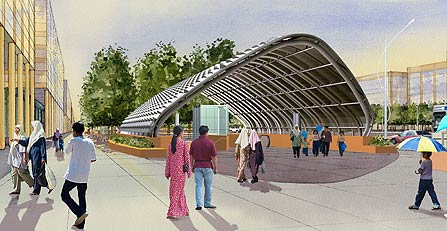 (art rendering courtesy of Via Architecture)
Subway stations have a destinctive look and will shield escalators from the sun and rain. 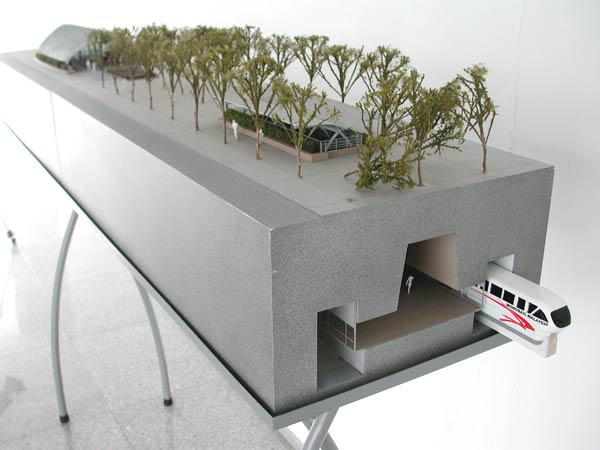 Monorail Society DVD producer David M. Ice and President Kim Pedersen visited MTrans in 2004 to produce the Monorails of Malaysia DVD. This model of a Putrajaya subway station was on display at Monorail Malaysia's headquarters. 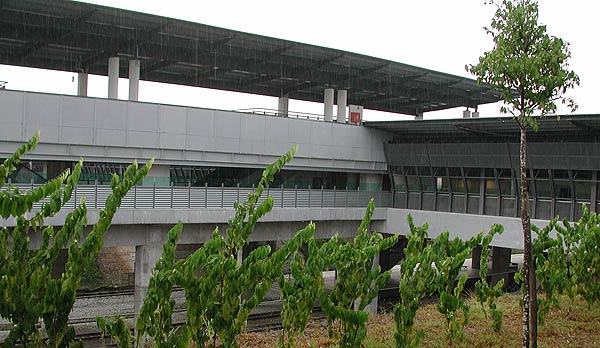 As of 2004, the Putrajaya inter-modal station was already in use, yet construction had been halted on the monorail as officials waited for the city to grow to a point where ridership would justify the system. A typical monsoon rain storm was in the area as Pedersen and Ice visited the site. On the next page, we'll take a look at the monorail station and first track of the Putrajaya Monorail.