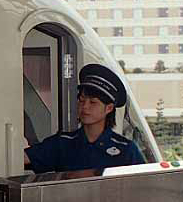 The Tokyo Disney Resort Line is open, and it's quite different than its cousin systems at Disneyland, California and Walt Disney World in Florida. To start with, look at this conductor's uniform. We haven't seen hats like this on Disney monorail drivers since the 1960's. It's nice to see they are back. Now let's take a look at the trains at various places along the 4.8 km loop line.

Our thanks to an anonymous photographer for these wonderful photos! 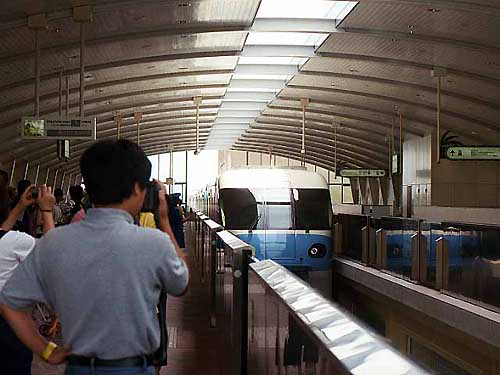 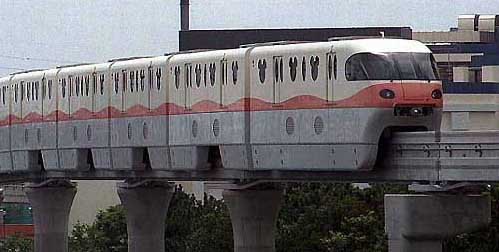 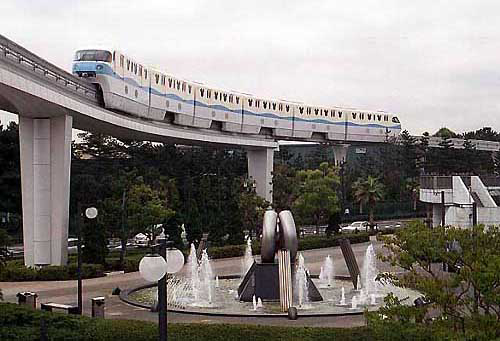 Continuing the descent as the track wraps around the Tokyo Disneyland park perimeter. 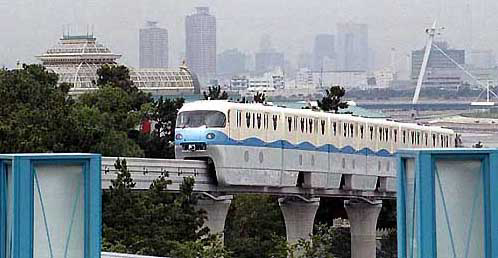 Monorail Blue rolls away from us towards the Victorian-styled Tokyo Disneyland Station. In the background are the skyscrapers of the new Tokyo Waterfront area. 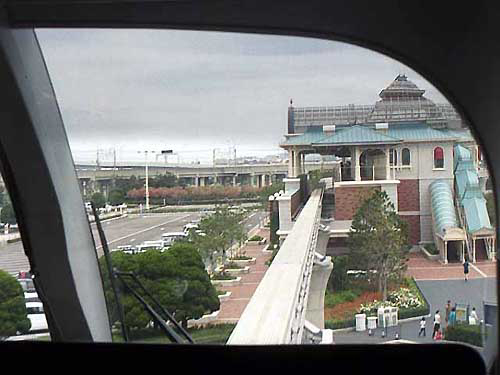 Looking out the rear car as we roll away from Tokyo Disneyland Station. 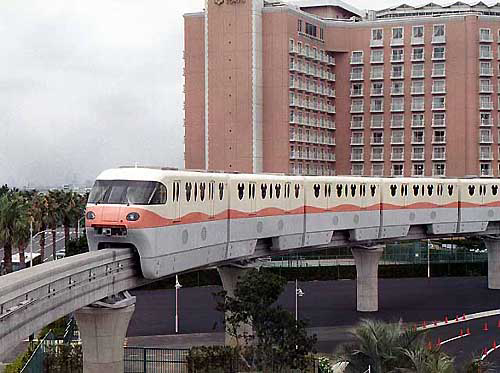 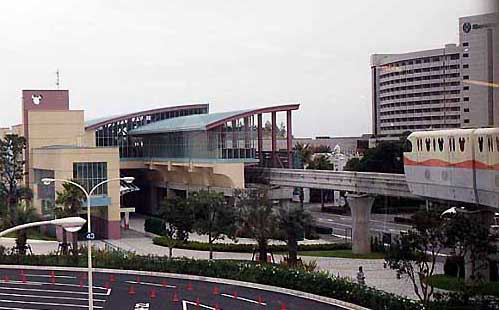 Stylish Bayview Station will see much use by the guests of several official resort hotels. 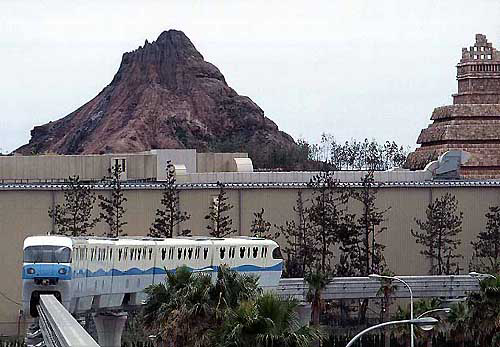 After leaving Bayview Station, the Resort Line track wraps around the new Disney Seas theme park. Visible here are the volcano of Mysterious Island and the backside of the Indiana Jones attraction. 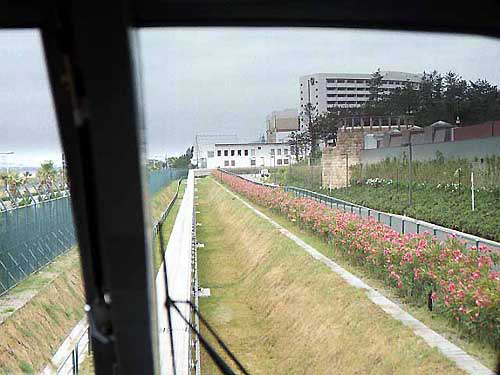 Again looking out the rear car, we see the ground level section of track behind the American Waterfront section of Disney Seas. 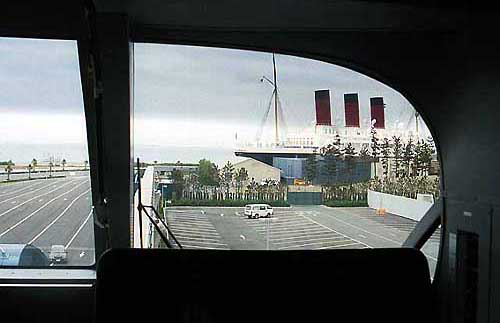 After passing behind the American Waterfront, we climb back to elevated track and get a good view of the SS Columbia. 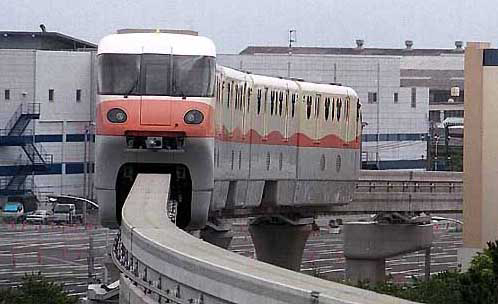 As Monorail Pink returns to Gateway Station, we can see the conventional rail of the JR Keiyo Line to the left.

Photographs are copyright 2001 the Monorail Society unless noted otherwise.