Monorails are being embraced en masse by a group of enthusiasts nobody expected.

Virtual city planners across the world are building digital cities right from their livingrooms and bedrooms - and in these cities they are installing monorails to move people (ok - virtual people).

These gamers are doing virtually what planners of real cities can't do - due to lack of political support. But the time will come when these game players will graduate to real city planning careers and they'll demand more effective and more efficient transit options, such as monorail, for the cities they craft of concrete and steel. 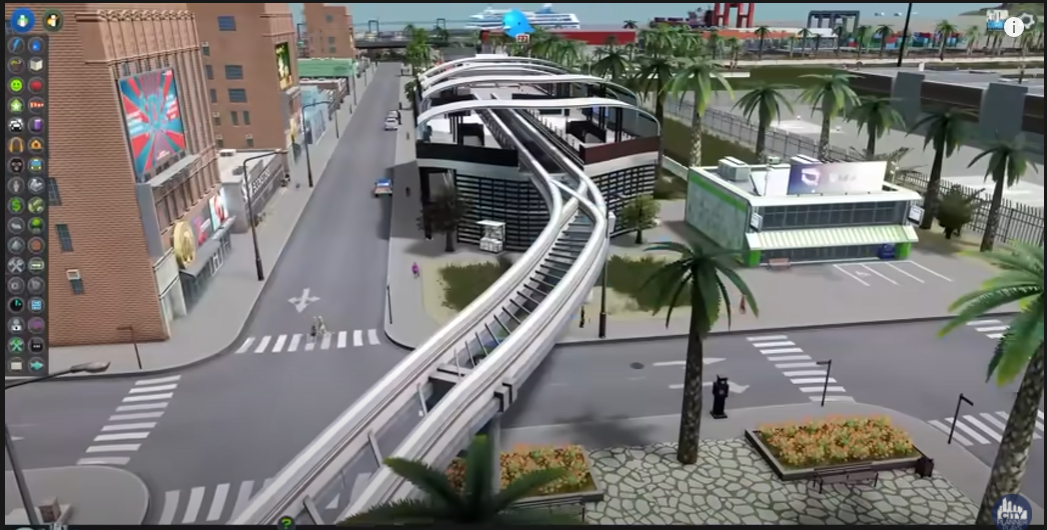 "We’re looking at monorail as one of the things at the top of our transit hierarchy... looking at the types of transit that can carry the most people"

Monorail at the top of the transit hierarchy! I'm starting to salivate.... 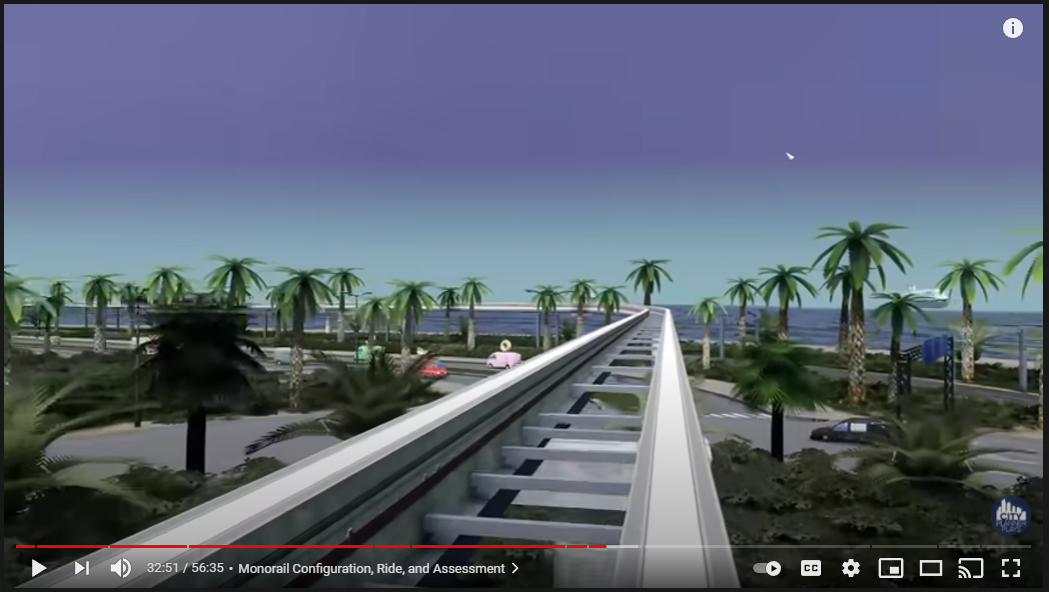 "We’re going to use monorail as a people mover for our tourism district... and specialization.... We can see that the core destinations for tourism... to the cruise ships, airplanes, ... right now we are relying on subways and cars... But we can see that there are other areas of attraction (to tourists) throughout the city ... significant areas of tourism attractiveness spread throughout the city.... the zoo, a national forest, a university sports complex, the market district… so there’s a lot of places we want to get to..." 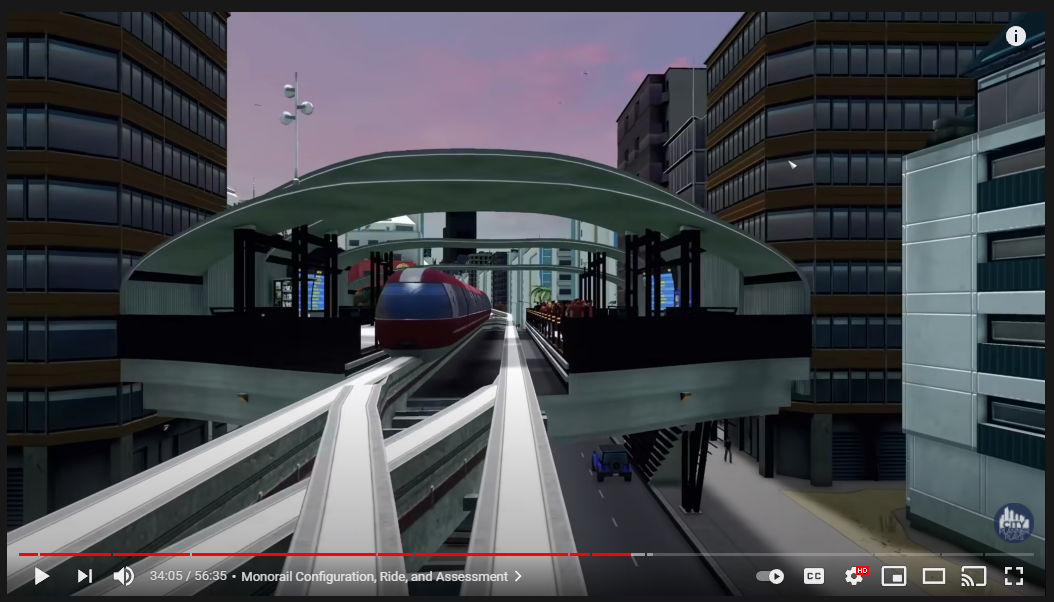 A monorail centrally located at the airport, right in the path of tourists... Take note Las Vegas! 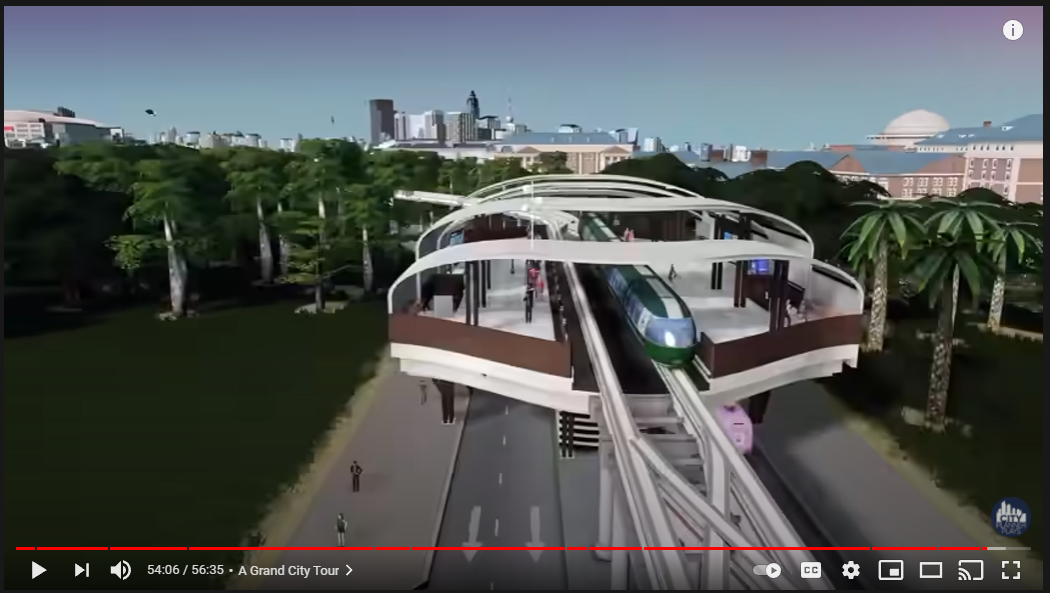 "We’ve got our monorail. We've got a nice system, set up all throughout the community. We’ve got a pretty good blanket coverage... fairly logical in its orientation." 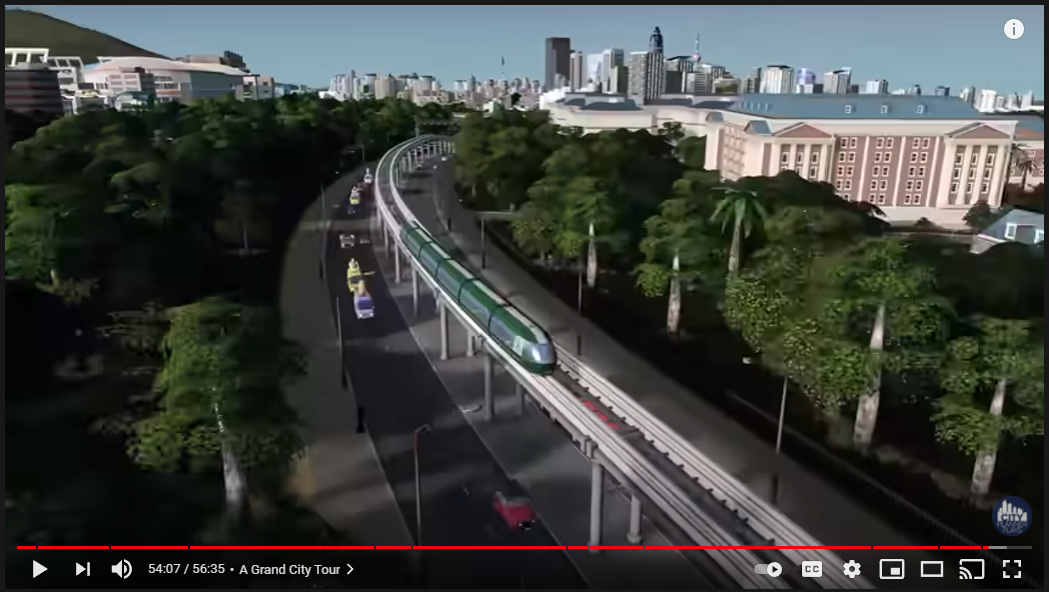 "It be really nice if there was a way to get right on the monorail from the train..."

Easy Monorail interfaces to the lightrail system... This is left for future improvement. 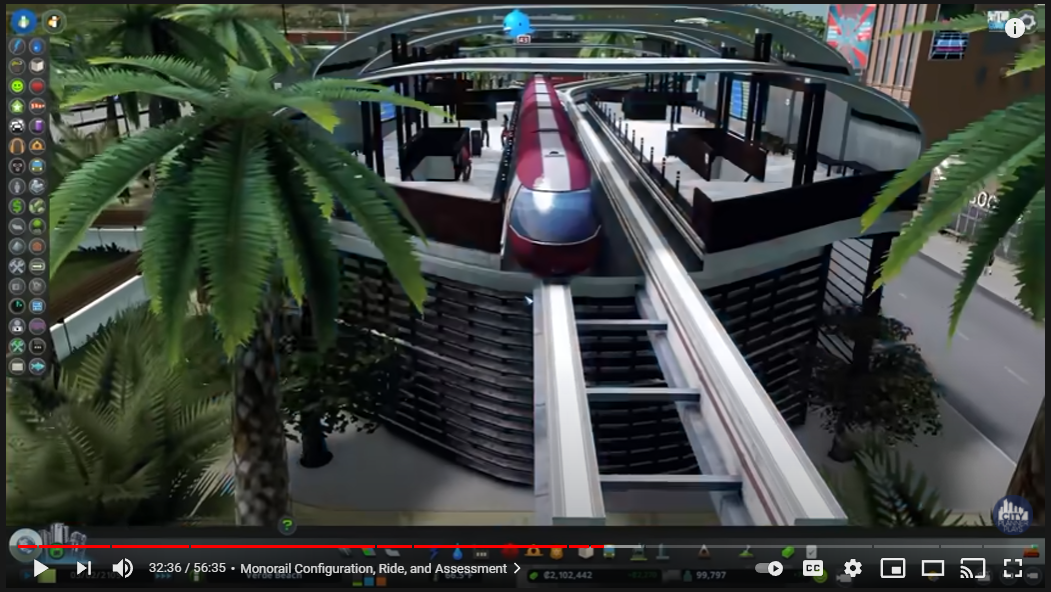 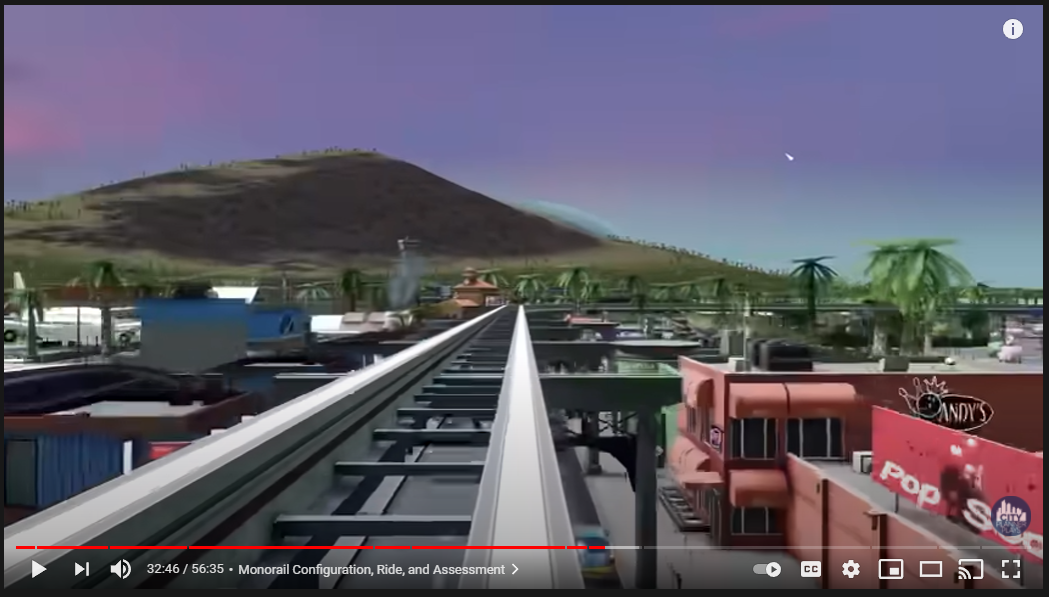 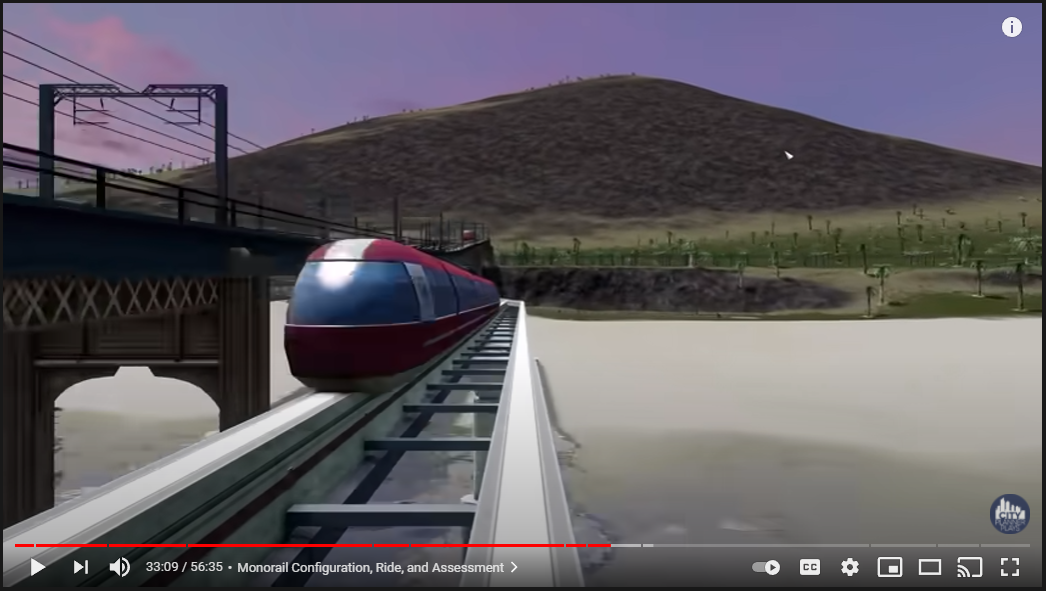 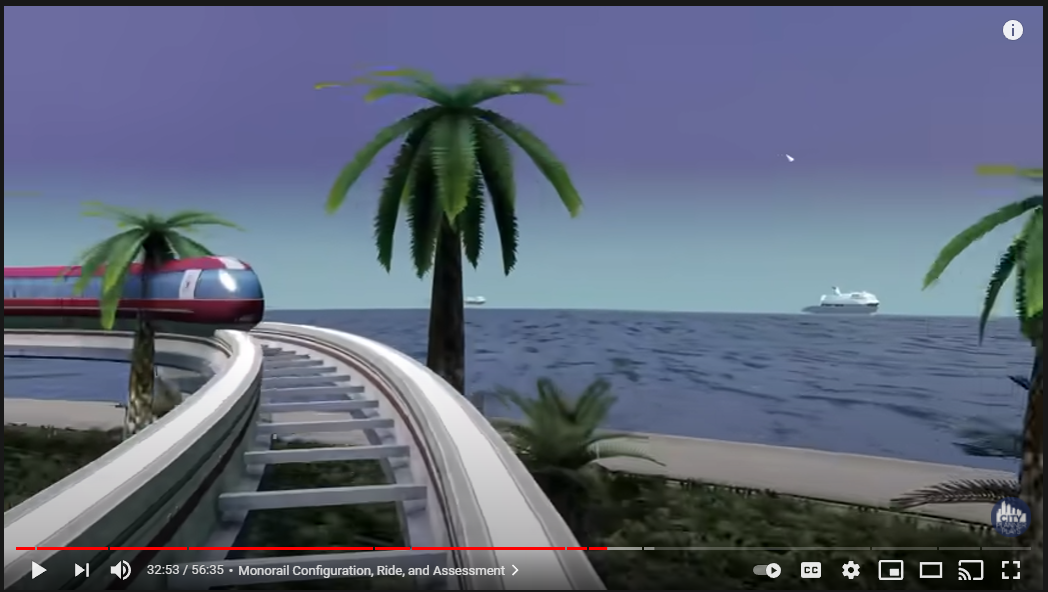 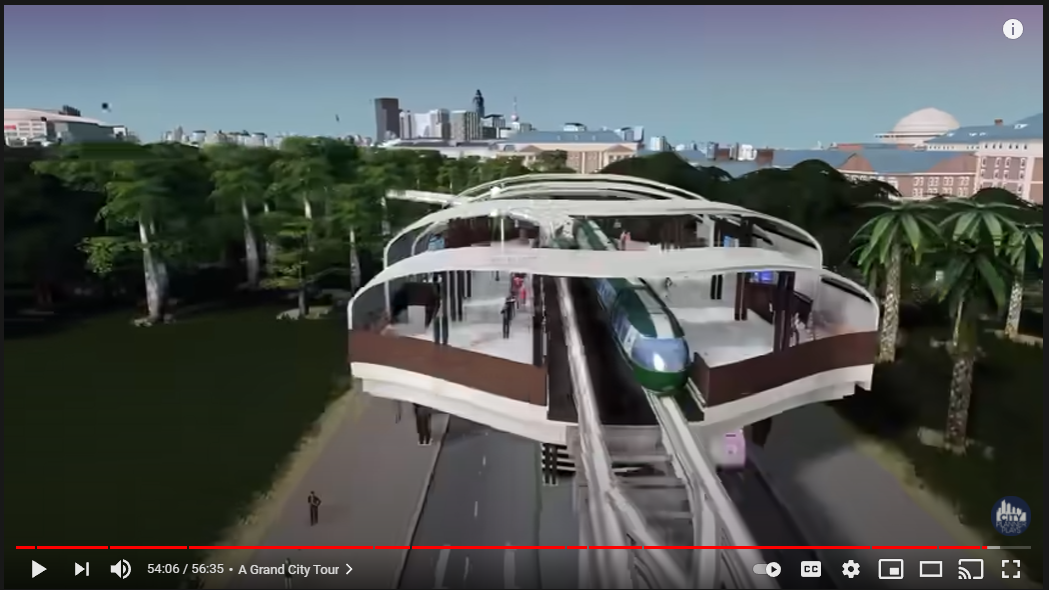 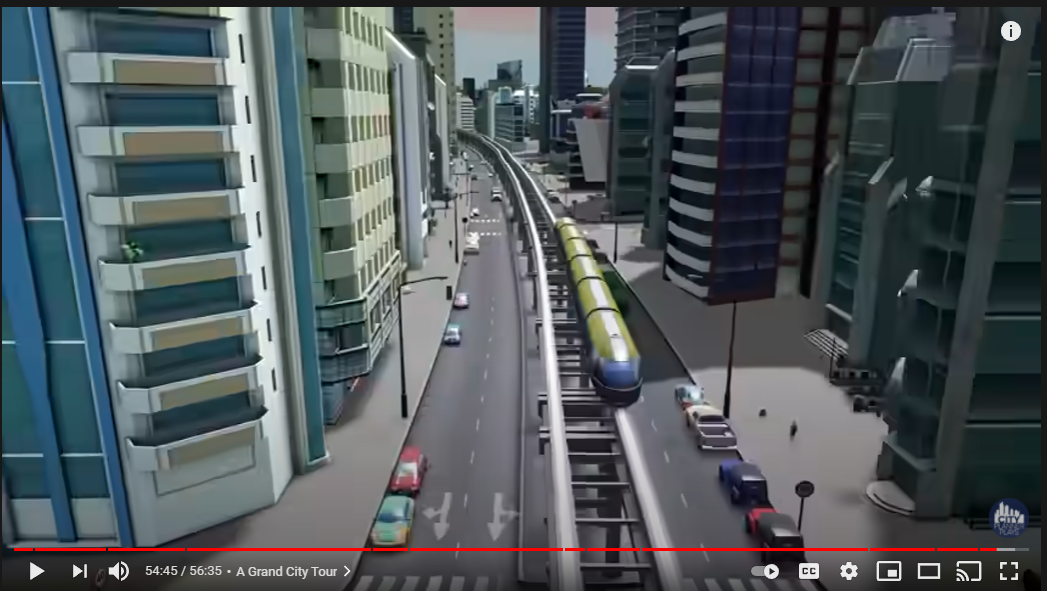 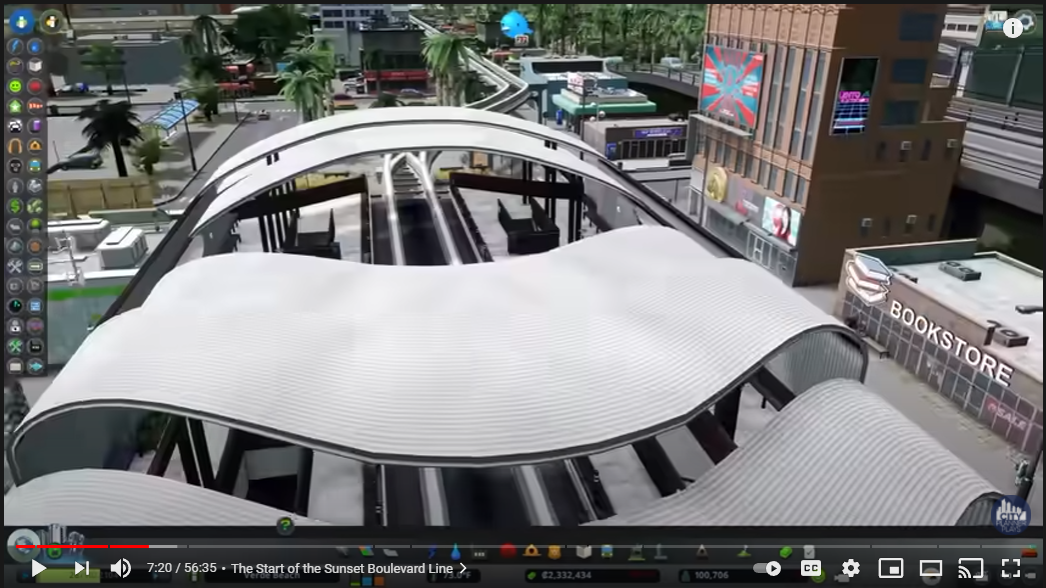 Great work "City Planner Plays"! We here at TMS celebrate monorails anywhere we find them - even digital monorails carrying virtual people in simulated cities. We hope that someday political obstacles will be removed and city planners will be able to install monorails in real US cities as effortlessly as in a video game. We know they want to.