Late May 2002 images courtesy of Michael Maloney. Thanks! 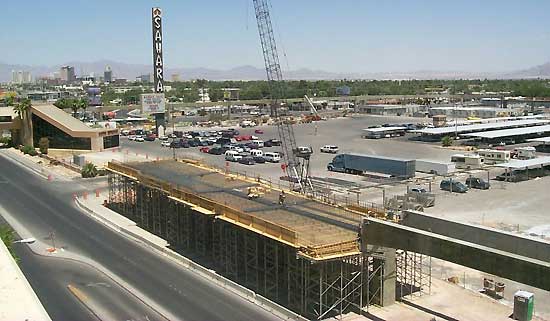 Ist station on new system emerges at the Sahara. 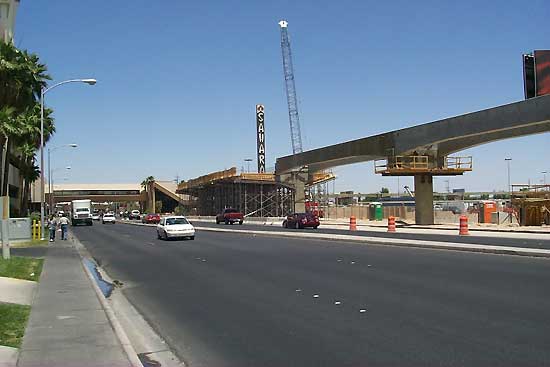 Visible pedestrian bridge will be removed for a new one at Sahara Station. 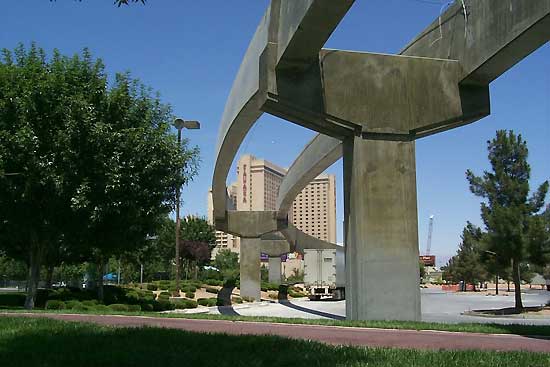 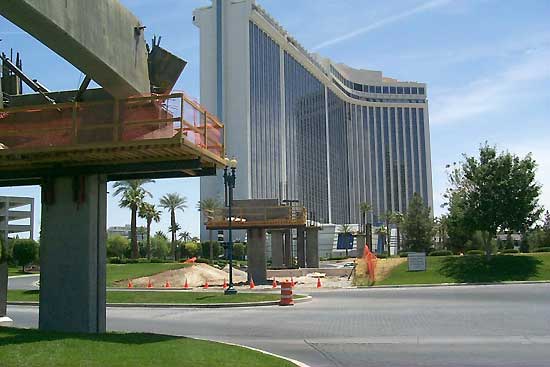 Station two will be in front of the Hilton.