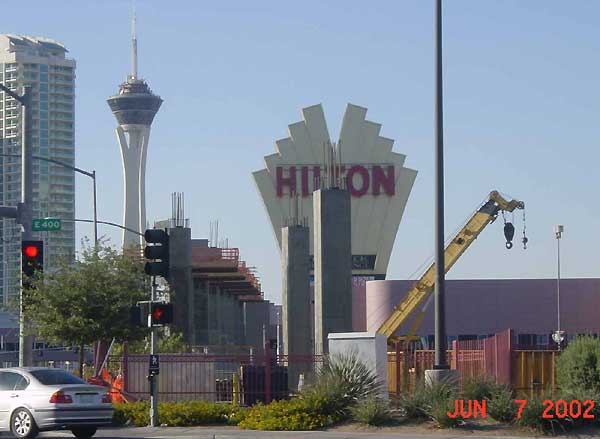 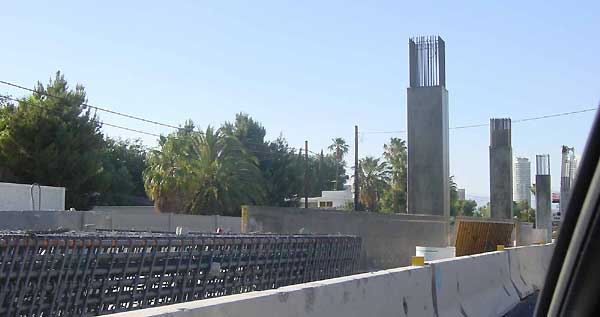 Column rebar for parking lot of Chamber of Commerce. How many parking spaces do you think would be lost if this was grade level light rail? 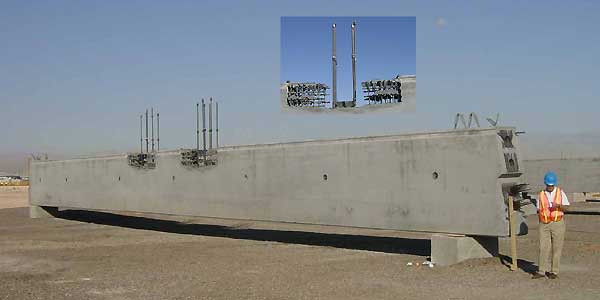 At the beam yard, the first of several straddle bents is ready. This 7' high, 100' wide beam will support track as it transitions to center of Paradise Road. Insert image shows where beams will be attached to bent.