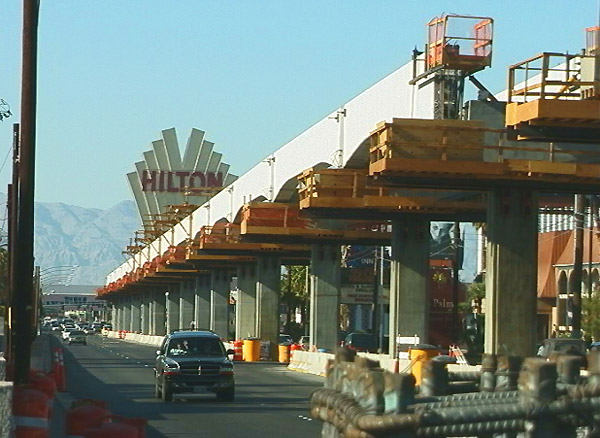 Entire "L04" Paradise Road section of straight beams went into place on three Sundays. Wood forms will of course be removed when all beams are cemented together. This view is looking north from Chamber of Commerce. It's now been just over a year since the groundbreaking, amazing progress in that short amount of time!

Looking south at same section. This crossover leads the track to the Convention Center Station. 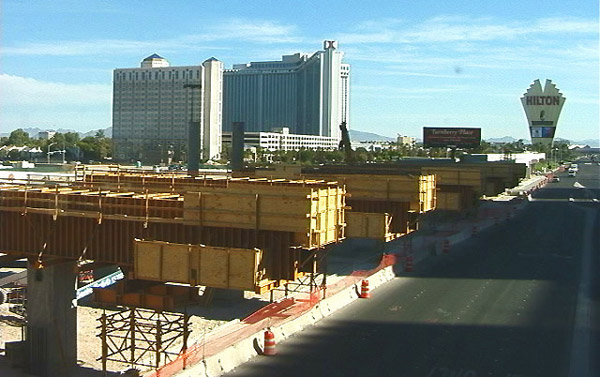 Looking south from the north end of the system, the Sahara Resort Station construction. 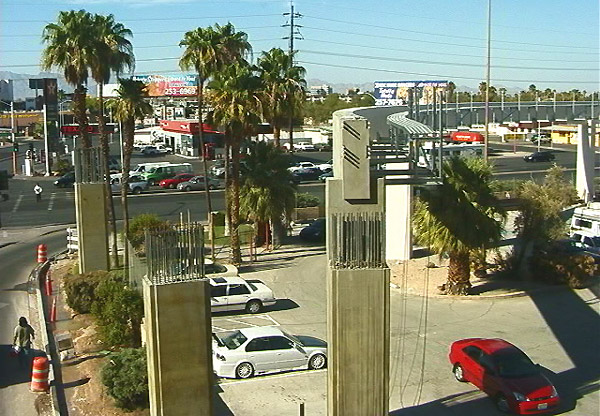 The pylons to the left are in place for the next system expansion, a three-mile run to downtown. To the right is the spur line to the OMSF (Operations Maintenance & Storage Facility). Say, what's that metal stuff attached to the side of the beam?

First section of emergency walkway on the spur to the OMSF. 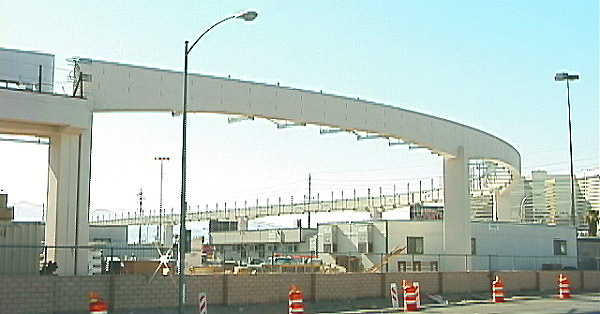 The OMSF grows. To the right is the switch platform.