On a business trip to Las Vegas, our dedicated VP Keith Walls managed to take some time to take an early evening walk along a good deal of the Las Vegas Monorail alignment. The last time Keith was in Las Vegas was only 14 months ago, at the ground breaking ceremony. A great deal of progress has been made in that short amount of time. This first image shows the access road between Koval Lane and Harrah's on the Strip. 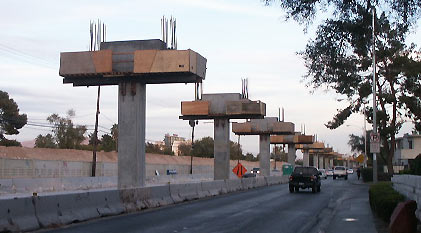 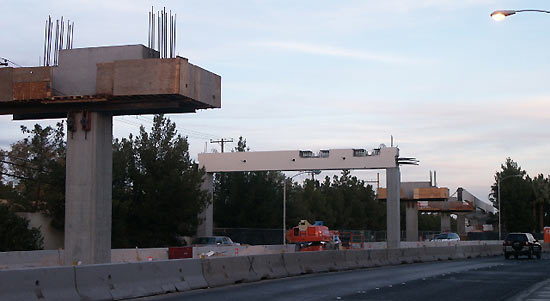 Between Sands Avenue and the parking lot of the Chamber of Commerce the track will cross one side of the road via this straddle bent. 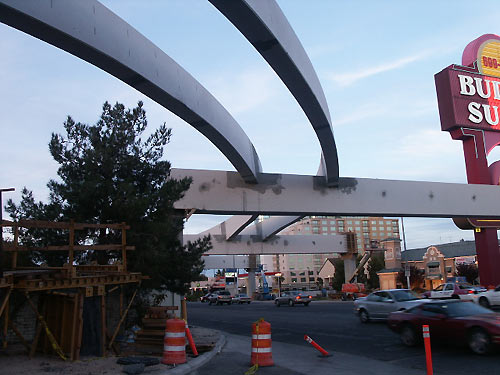 From the Chamber of Commerce parking lot to Paradise Road there is a 90 degree turn. Three straddle bents allow the guideway to make a wide swing over traffic. Note the bank angle of the beamway. 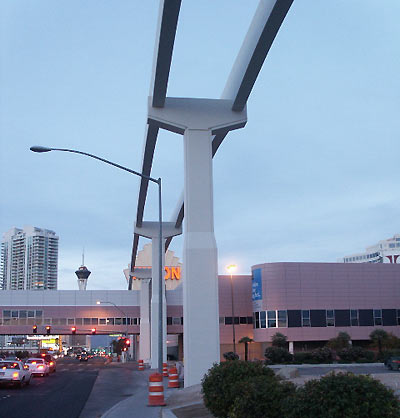 This is the highest part of the alignment, where track crosses over the Las Vegas Convention Center pedestrian walkway. 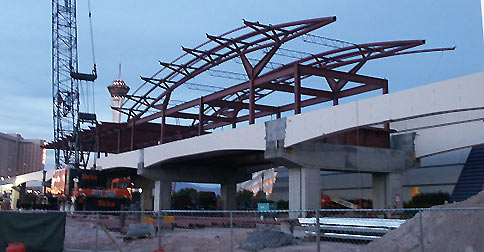