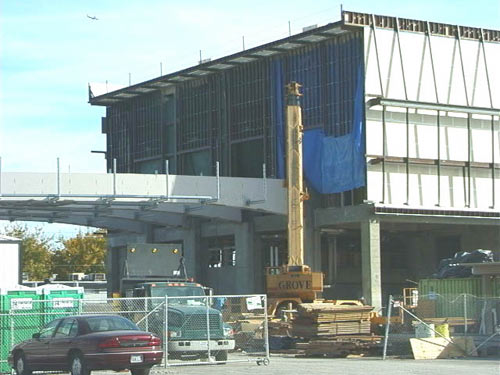 All four beams from the switch to the OSMF are now in place. 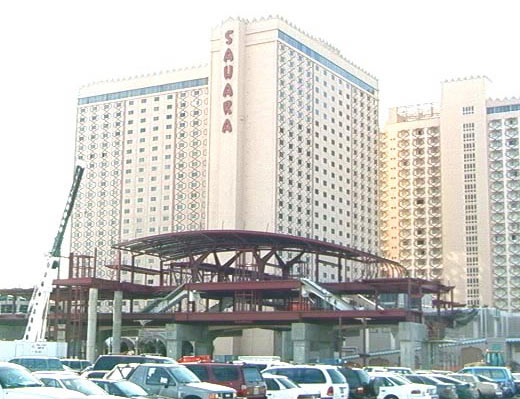 The Sahara Station pedestrian bridge is in place. The previous bridge has been dismantled to allow construction of the switch platform for the spur line to the OSMF. 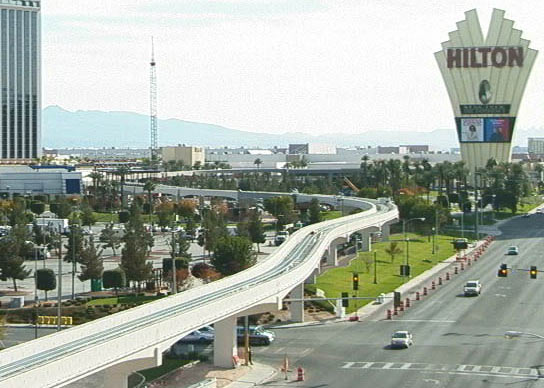 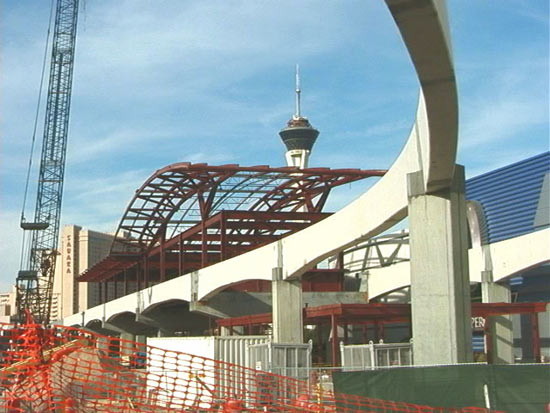 Here's another look at the Hilton Station, with the Sahara in the distance.