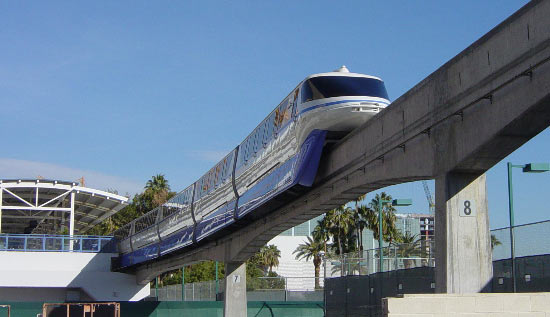 Our thanks to David M. Ice for his first photo contribution to our Construction Gallery. These are terrific images! We start our tour with a final look at one of the two trusty Mark IV monorails making one of its last runs. One week later the MGM-Bally's Monorail closed forever. The track and stations will be retrofitted and connected to three miles of new track being built from the Sahara to Bally's.

We'll follow the alignment from the Strip area to the northernmost area around Sahara. Here we see new track along an access road next to the Sands Convention Center. Harrah's will share a station with the Imperial Palace Hotel. 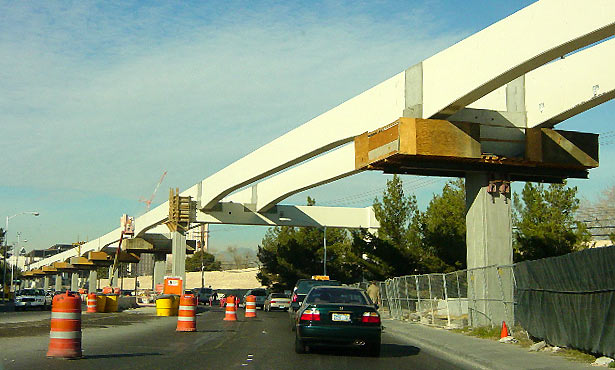 This cantilever crossover is on Sands Avenue where the track leaves the road center and cuts through the Chamber of Commerce parking lot.

After crossing through the Chamber parking lot, the guideway makes a graceful 90 degree turn onto Paradise Road. 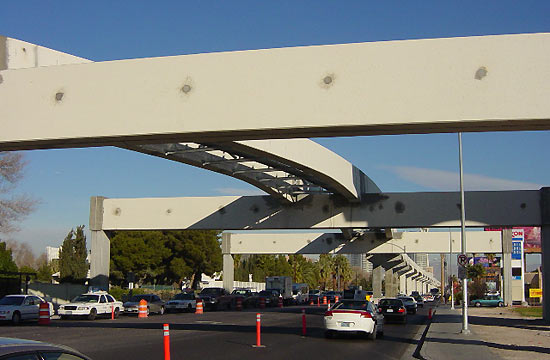 Another view of the same turn looking north on Paradise Road. 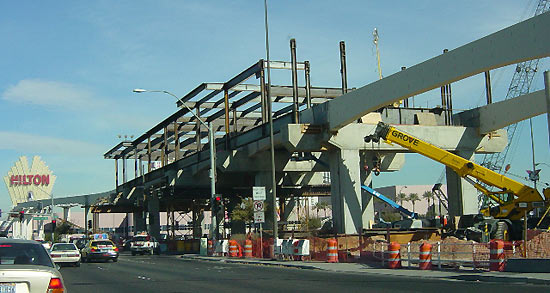 After a straight run down the center of Paradise Road, the guideway splits for the Convention Center Station. 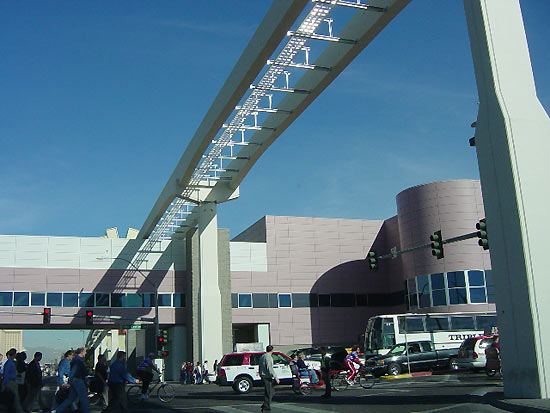 At the highest point of the guideway, emergency walkway has been installed.