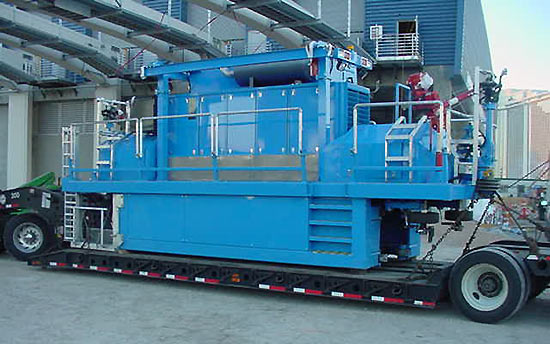 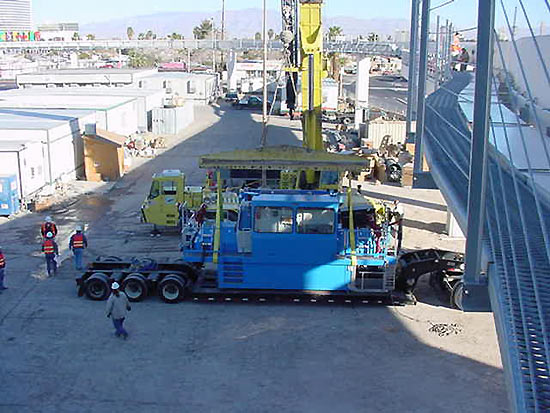 Shortly after its long truck ride from Punta Gorda, Florida, the MRV is prepped for a crane ride. 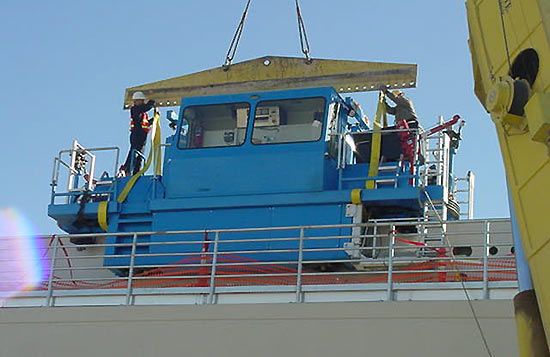 On the beam, ready for many years of service! 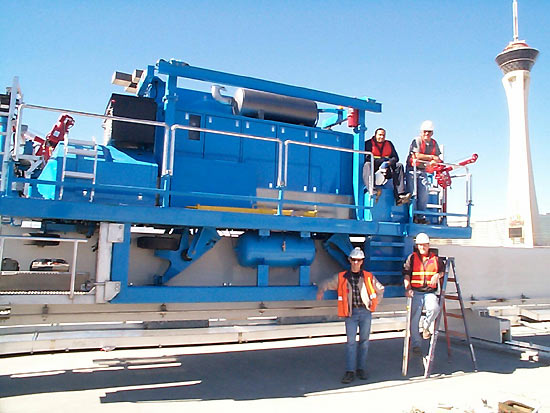 Not the prettiest of monorail vehicles, but it will do a beautiful job.

In a view from the Sahara Resort, the MRV can be seen right outside the OMSF. Our thanks to Dave Sampson of Supertrak for the MRV images. 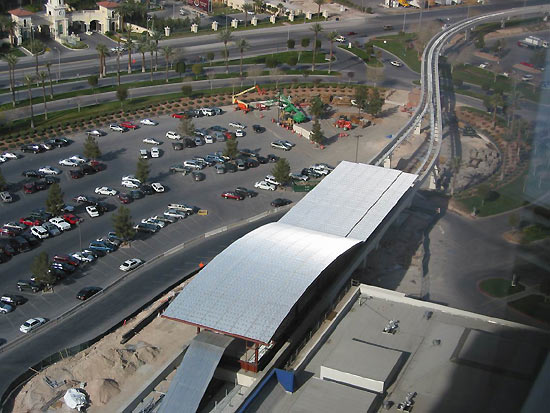 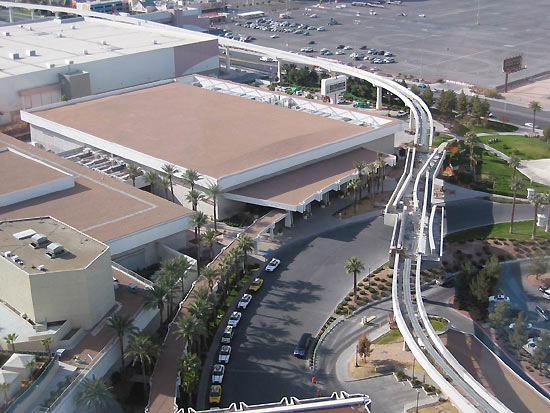 Panning to the left we see the guideway headed south from Las Vegas Hilton Station. The large white building at the top left corner is one of the Las Vegas Convention Center buildings.

With the aid of a zoom lens, here's a look at the unique crossover switch platform at the Hilton. During the Phase II expansion, a dual rail spur line will connect here. The spur line beams will run toward the upper right and cross over Paradise Road for a run to the Riviera Hotel.