We've got a bunch of terrific folks in Las Vegas sending us pictures on a regular basis. This week we have contributions from four photographers. Page One images are thanks to Tom Hawley and Captain Gregg of KVBC TV. 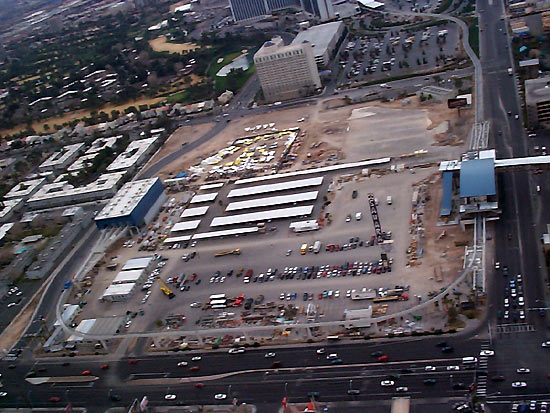 Here's a nice helicopter view of the OMSF (left) and Sahara Station (right). Just outside the Sahara Station, two beams point north towards the Phase II segment that will run downtown. The Hilton Station is partially visible at the top. If you look closer, you'll see the new blue MRV outside of the OMSF. Also visible, a couple of flat bed trucks with cool stuff from Kingston, Canada!

The Monorail Recovery Vehicle (MRV) next to the OMSF switch platform. 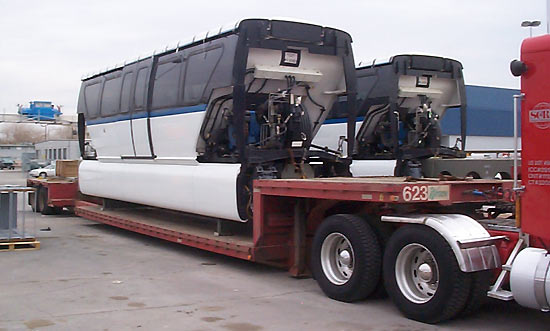 Looking sharp, despite a four-day truck ride from Canada. 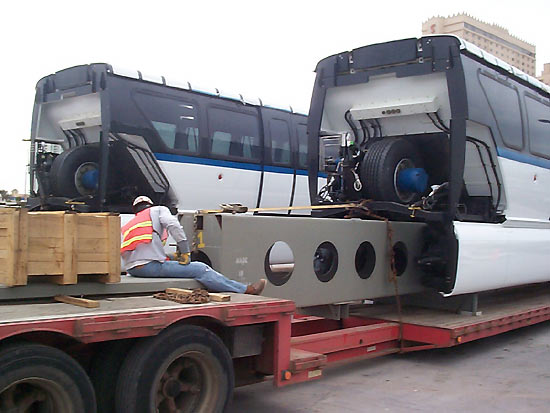 Prepping the cars for a lift up to the beam. 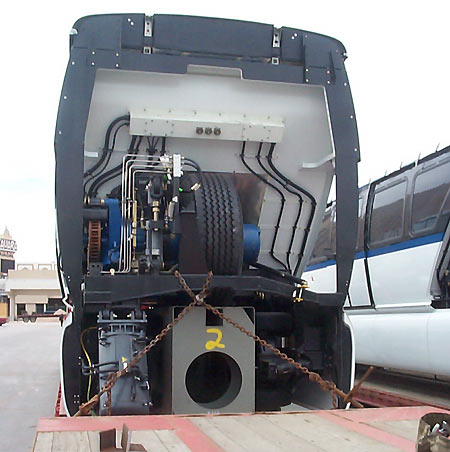 Radically new bogie design is evident here, before the cars are linked and covered. 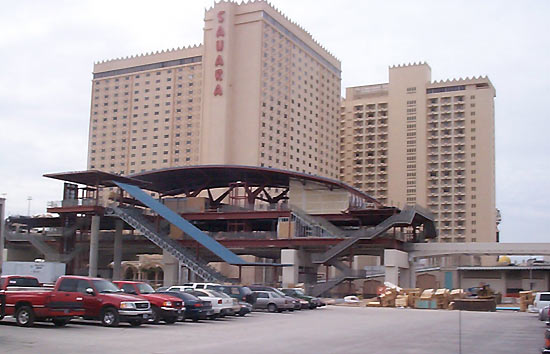 Visible from the OMSF area, the new Sahara Station is really taking shape.