Our thanks to John Flores, one of our trusty photo contributors, for this page of fresh train pictures. 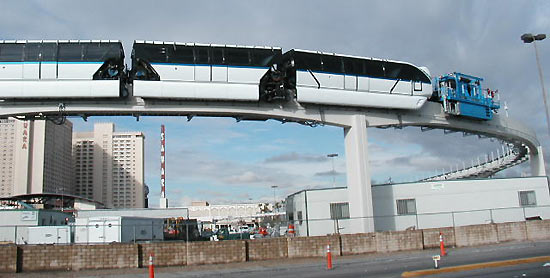 In late February, the Monorail Recovery Vehicle (MRV) was attached to newly linked cars on the spur line.

The MRV pushes 3 cars of a future four-car train into the OMSF. Note the retractable nose cone on the M-VI end car. 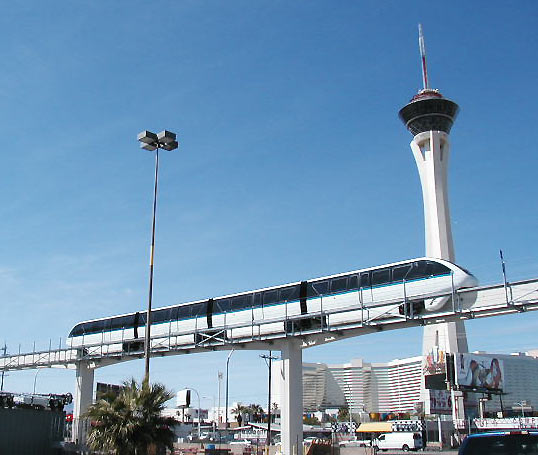 One month later and the first train comes out onto the spur beam under its own power. 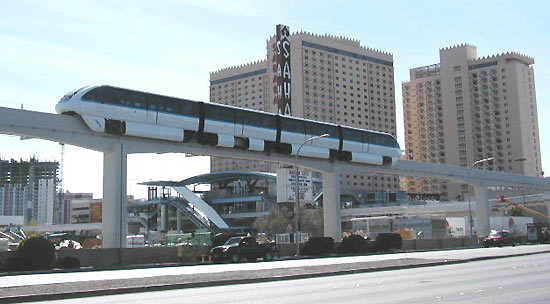 Side panels that will cover guide wheels are yet to be attached.