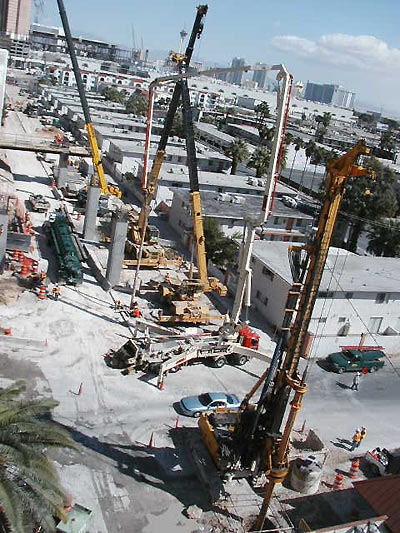 It's a tight squeeze down the alley behind several Strip casinos, but there's space for monorail work. 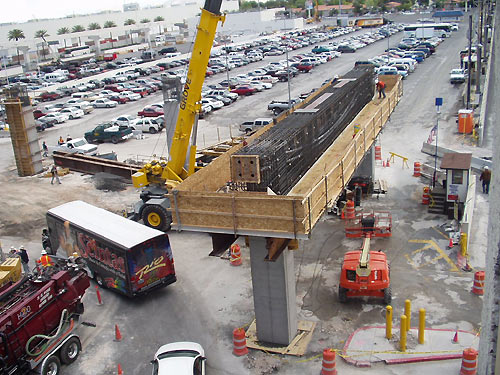 Here's a support for the future Harrah's/Imperial Palace Station. 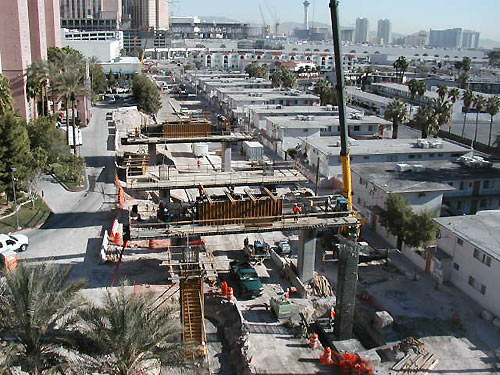 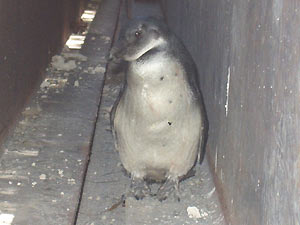 This little fellow escaped from the Flamingo Hilton and luckily workers rescued him before concrete was poured into this form. Do you think escaped penguins was something foreseen in monorail construction? 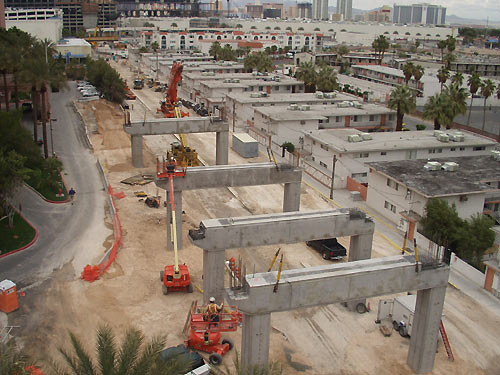 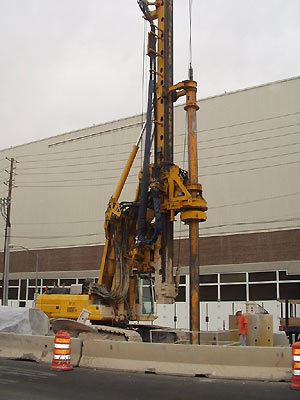 The last hole is drilled for Phase I of the Las Vegas Monorail! 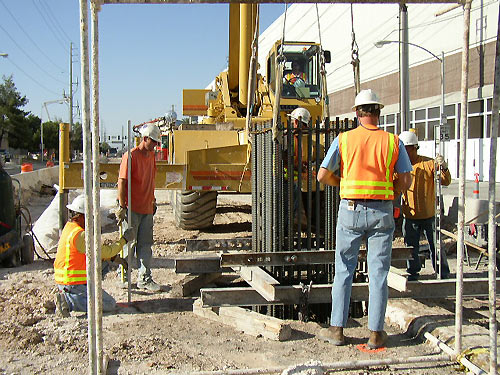 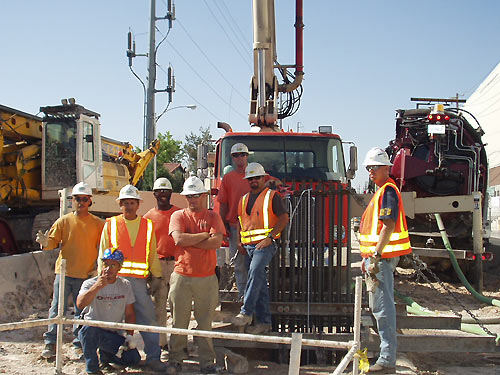