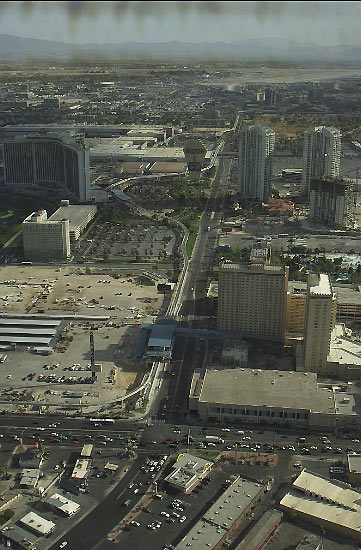 In this view from the Stratosphere Tower, track can be seen from the Sahara (bottom) all the way to the Chamber of Commerce 90 degree turn to the right (top of golf course). 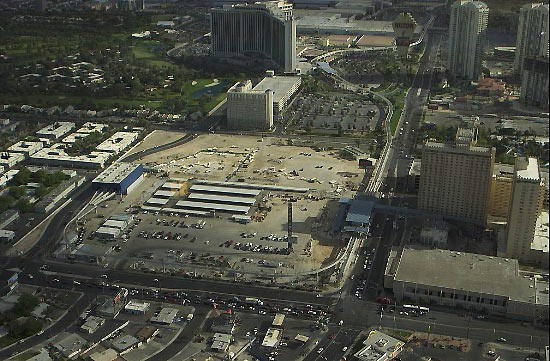 Keith flipped the camera shot in the same area, making the Operations Maintenance & Storage Facility (OMSF) visible. The stations visible are the Sahara and the Las Vegas Hilton. Barely visible in the distance is the Las Vegas Convention Center station. 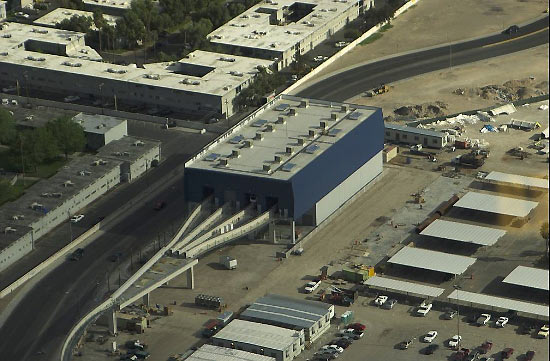 The OMSF, with a fresh train visible behind door number three.

Surprise! The train behind door number three comes out onto the spur line switch. 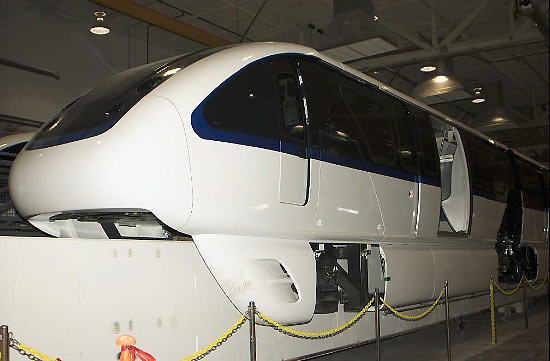 Thanks to Carlos Banchik of Innova Technologies, Inc., Keith got a VIP tour of the OSMF and other locations along the line. Note that nose access on the Las Vegas M-VI is via a door that opens inward (as opposed to the outward opening doors on Walt Disney World's Mark VIs).

Here's our very first peek at the control panel. The monorail will be automated, but operation from this control in each train cone will be possible.