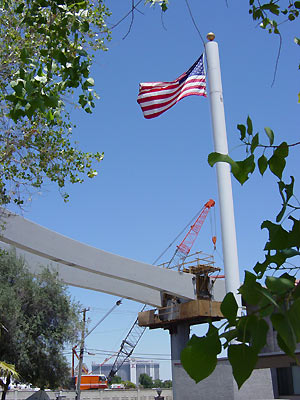 It's July 4th, 2003 as we post these images. David M. Ice somehow found time to shoot these terrific images on his June 30 Las Vegas trip, his main mission was to capture video for new monorail DVDs. 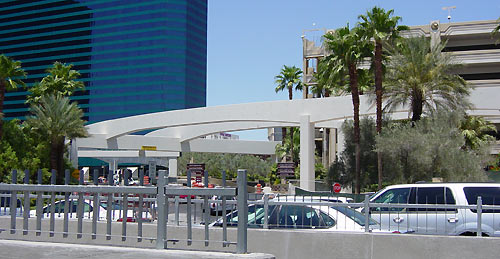 As we normally do in the Construction Gallery, we'll follow the system from one end to the other to see progress. There's been a LOT of progress since our last photo update. This beam is at the south end of the MGM station and leads to switch platform. That platform is at the southern end of the line and trains will shift from one beam to the other to make their return trip. 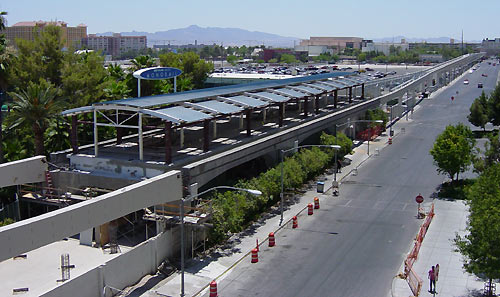 A familiar station under refurbishment. This is Bally's Station, and the guideway in the distance is track from the original MGM-Bally's Monorail, which will be part of the new Las Vegas Monorail System. The track to the left is new. At this point, both beams used to turn sharply to go to their old maintenance and storage facility. 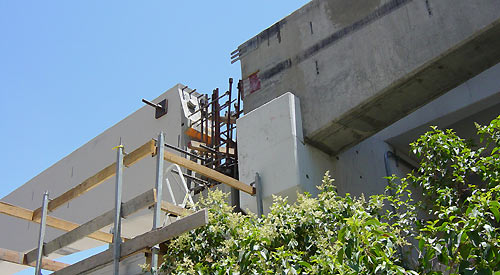 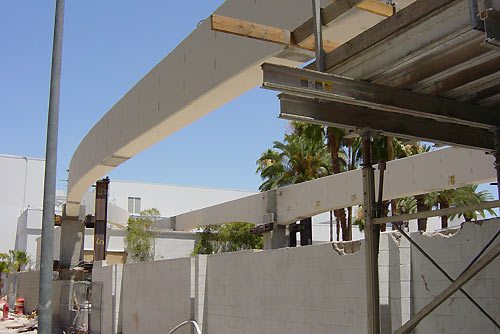 One of the most challenging section for engineers, the climb and cut-through of Bally's Resort. 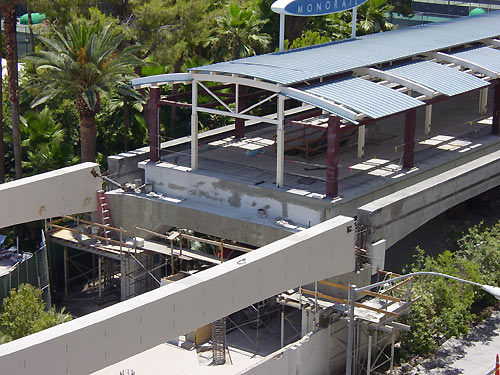 Another angle of new track meeting old. The old track has been undergoing extensive refurbishment to meet the standards of the Bombardier system that will soon run on it. 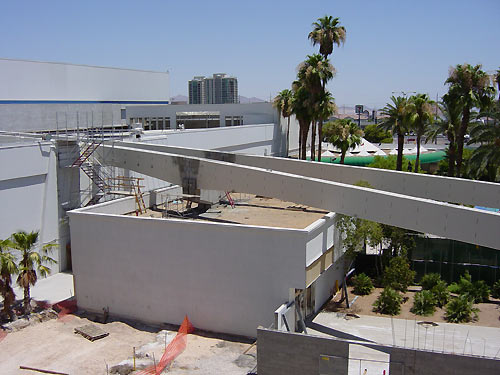 Up and over Bally's structures. 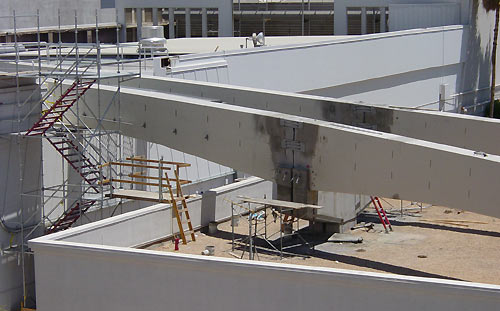 Pylons can go just about anywhere! Click on Two for the next page!